No road holds the history of Route 66 in the American mind. No other road has the number of nicknames that Route 66 has: ‘America’s Main Street,’ ‘the Mother Road,’ and ‘the Will Rogers Highway.’ Route 66 represents the history of America in the twentieth century. From its inception as a cattle route across the old American West to a highway designed to bring life to rural communities in the American heartland, to now a kitsch relic of its former self, Route 66 has run the gamut.

Route 66 was begun at a time when rail was the primary mode of transport across the United States. Although it eventually became supplanted by a modern four-lane highway, Route 66 came to symbolize something bigger. Route 66 is iconic because it represents America: the promise that westward travel can bring opportunity.

What is the famous Route 66?

Historic route 66 has been etched into the cultural fabric of the United States almost since its inception. It has been romanticized by writers and artists, many of whom commented on the romance of the route and its symbolic role as a highway of opportunity.

Four artists more than anyone helped to give Route 66 its iconic status: Will Rogers, Woody Guthrie, John Steinbeck, and Jack Kerouac.
All four described the value of the road to the disenfranchised, the working class, and those outside of the social elite.

Unlike the stories and art of the American East Coast, the tales of Route 66 represented the ‘real’ America – an American encapsulated by the writings of these four influential folk artists.
The route runs across Western America, and passes through Oklahoma City, Santa Monica, Santa Fe, Joplin, and San Bernardino. 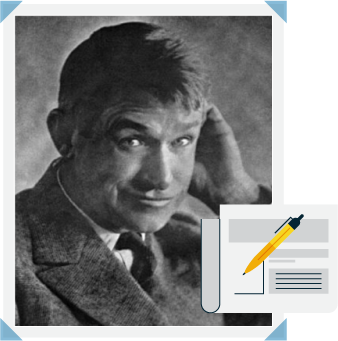 Who was Will Rogers?

Will Rogers was an American actor, with a career spanning the silent and ‘talkie’ era of filmmaking. His style of humor combined with his use of slang made him popular with a working-class audience across the United States. Rogers was born in Oklahoma and traveled part of what became Route 66 in the 1890s when it was still a cattle route.

In 1928, Will Rogers – by then a famous actor – covered the ‘Bunion Derby’, a race along Route 66, in a syndicated newspaper column.
His prestige and entertaining writing style helped to bring the public’s attention to the road and gained it its international standing. At a time when ‘the West’ was becoming mythologized in American culture, Rogers’ writings about the road helped to enmesh the idea of Route 66 with a romantic view of the American West.

Rogers’ connection with the road is shown through one of its nicknames as the ‘Will Rogers Highway,’ with waystations along the route marking his impact and influence (including a plaque at the Western end of the Route). Who was Woody Guthrie?

Another citizen of Oklahoma with a firm belief in the wisdom of the working class, Guthrie helped to give historic Route 66 its modern appeal. Guthrie even wrote a song about the ‘Will Rogers Highway.’ Guthrie wrote at the height of the Dust Bowl (and then the Depression) when Route 66 became a virtual lifeline for those in Oklahoma who had lost everything. The promise of California prompted many ‘Okies’ to take to Route 66 to find work. Guthrie helped to link this in the popular consciousness with Route 66, connecting the road with the idea of prosperity, adventure, and hard work – values that Americans felt the country was founded upon. Why was John Steinbeck important?

Like Guthrie, another writer who connected Route 66 with the Westward exodus of the ‘Okies’ was John Steinbeck. His book ‘The Grapes of Wrath’ follows the Joad family through their trials and tribulations as they moved West looking for work. ‘The Grapes of Wrath’ won the Pulitzer Prize, and in 1962 won Steinbeck the Nobel Prize for Literature.

Steinbeck makes Route 66 a character in the novel, offering both hope and adversity in equal measure. He also used the phrase ‘the Mother Road’ to describe the road, something that lingered in the popular vernacular. 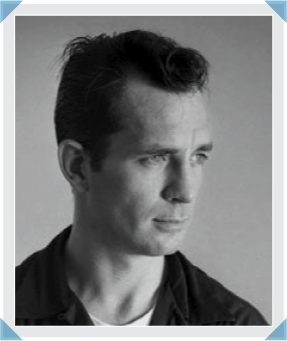 What did Jack Kerouac do?

Although a generation later than Steinbeck and Guthrie, Kerouac tapped into the same blue-collar romanticizing of the road as the earlier writers. In ‘On the Road,’ Kerouac writes a semi-fictionalized version of his travels along Route 66, stating that the road was home to many members of the new ‘beat generation.’

This popularized the route for a new generation of Americans and helped to ensure that it retained its popularity in the postwar years.

What was the early east-west interstate highway? From its inception, the United States always look towards westward expansion. From the Louisiana Purchase in 1804, it became increasingly clear that the United States would eventually govern all the way to the Pacific, but it wasn’t until the mid-nineteenth century that serious consideration was given to building a road across the continent.

From the 1850s there were rudimentary ‘paths’ running East-West across the Southwest, although none took exactly the same route as what became Route 66.

The birth of Route 66 came with the mass production of the motor car (and its resulting affordability). Prior to the 1920s, where there were East-West roads in the United States, they were run by private organizations.

However, in the aftermath of World War I and the mass ownership of motor cars, it became clear that roads were a public utility. Congress allocated funds for highway construction, and it became clear that there was a need for a highway running across the American West, connecting the major hubs of Chicago and Los Angeles. What was the Chicago-Los Angeles Road?

Once Congress had allocated the money, the lobbying over the precise route began. The two key figures in the development of Route 66 were Cyrus Avery and John Woodruff.

Cyrus Avery, in particular, is a pivotal figure. He was an adopted son of Tulsa, Oklahoma, and he lobbied hard for the Route to pass through Oklahoma.

Unlike other highways, such as the contemporary Lincoln or Dixie highways, Route 66 was designed to meander through the West, deliberately heading through small towns and other rural areas, in order to better connect them to a regional artery.

Route 66 truly was conceived as ‘America’s Main Street.’ The boost to the local economy cannot be overstated. Formerly disconnected communities soon morphed into bustling towns, catering to motorists and tourists. In addition, Route 66 changed the nature of the American economy, as it allowed farmers in the West to transport their produce quickly to the cattle markets in Chicago.

As a result of Route 66’s existence, America began to shift away from transporting goods by rail and instead preferred the use of trucks. By 1930, trucking rivaled shipping in terms of size. This is a trend that continues to this day.

What happened to it during The Depression and World War II? Without a doubt, the most important time in the romanticizing of the American West came during the 1930s and 1940s. The Dust Bowl, the period in the 1920s and early 1930s when windstorms and drought caused a removal of the topsoil across the West, meant that many farmers were unable to tend their land any further and moved to California in search of work.

It is estimated that more than 200,000 people from Texas, Oklahoma, and other Dust Bowl states left in order to find opportunity in California. Almost all of these took Route 66, which is best immortalized in ‘Grapes of Wrath.’

What was The Golden Age of Historic Route 66?

The period after World War II saw a boom in the American economy. As the United States became a global superpower, its people became wealthier than at any point in U.S. history.

This meant that they were now able to afford consumer goods including cars. The movement of the American people – whether permanently or for leisure – was greatly led by Route 66.

Driving became a common pleasure activity, and a testament to this was the growth of secondary industries, such as drive-through (or fast food) restaurants and motels. All along Route 66, communities thrived as they were able to provide services to hungry and tired motorists.

Soon Route 66 became a destination in its own right. In 1946, Nat King Cole released a version of Bobby Troup’s song urging listeners to ‘get their kicks on Route 66.’ Truly, by this point, Route 66 had entered the American consciousness, and for most families, taking a trip down Route 66 was as much of a vacation plan as was a trip to the Florida Keys or Hawaii.

How does Eisenhower relate to the Highways?

Despite the popularity of Route 66, the forces that had brought it success also led to its downfall. The growth in automobile ownership throughout the United States, combined with Eisenhower’s experience during the war, meant that a massive infrastructure project was soon planned. Eisenhower had been frustrated during his time in the Southwest at the relative difficulty of moving troops around the country; he contrasted this with his experience of the German autobahns during WWII.

As such, he began a project to upgrade (or bypass) the current road system in the United States with a modern system of ‘interstate highways.’

The Federal Aid Highway Act of 1956 was very much the death knell for Route 66 as a primary cross-country route. Within 15 years of the passage of the act, Route 66 had been fully superseded by a four-lane highway running from Chicago to Los Angeles.

In addition, the rise of cheaper airline travel meant that fewer people wanted to drive the long distances involved in Route 66, preferring the much shorter flight time instead.

What is modern conservation?

Although Route 66 is no longer a major road, it remains a major symbol of mid-twentieth century America. Furthermore, all of the motels and restaurants along the route remain. 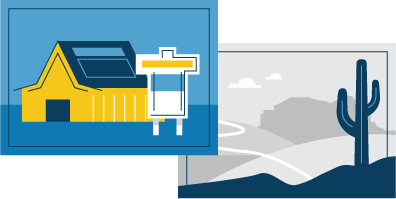 Since Route 66 is a road-trip destination and tourist attraction in its own right, there are still tourists drawn in by the romance of America’s Main Street – including those from abroad.

For many, the attraction of a 2,400-mile stretch of highway, rich in natural beauty and historic significance is a more important draw than a speedy way of getting from Chicago to Los Angeles. A National Federation was established in 1995 to conserve Route 66, offering route guides and tips on choosing a car and where to stay on your trip.

Much of their work is based on the importance of the road to the cultural, social, and economic history of the United States as epitomized in the road. They work to lobby state and federal governments to provide funds to protect historic landmarks, as well as to maintain the quality of roadside sights of the heyday of the historic Route 66.

Route 66 actually had a surprisingly short shelf-life as a viable means of crossing from Chicago to California. However, its symbolic value and its place in the psyche of the United States will endure well beyond its value as a road.

Route 66 experienced its peak between the Dust Bowl and the post-WWII boom. From a period in which American farmers were starving to death, to the time when the United States became the global superpower, Route 66 connected the heartlands of the West to the metropolises of Chicago and Los Angeles.

Although Route 66 was superseded by Eisenhower’s modern highway system, its key value was playing a vital role in the period of the Dust Bowl and the Great Depression.

For writers such as Steinbeck and Guthrie, the value of Route 66 was not to American infrastructure per se but to the hope it provided to those desperate for help. Route 66, therefore, represents the values on which America was founded.

This is what makes historic Route 66 a central idea in modern Americana. Ultimately, Route 66 is not an East-West connection, but a connection between the present and the past.