how are cars safer now 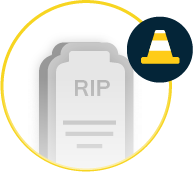 Although cars are safer now than they have been at any point in the last century, getting into a car is still the most dangerous thing most people do on a given day. Last year, according to the National Highway Traffic Safety Administration, nearly 33,000 Americans lost their lives in road traffic accidents.

Car companies are constantly striving to improve efficiency, but also safety, and innovations have been shared across the industry. As a result, cars are now far safer than they were even ten years previously. 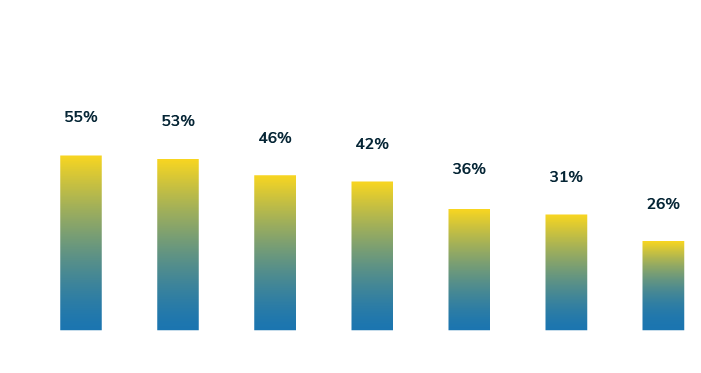 Generally, the developments that have taken place since 1970 have been in two directions: making sure that a driver stays safe after having had a crash, and attempting to prevent crashes. When it comes to the latter, the development of computer technology has meant that human error can be overridden by smart technology.

Increasingly, the move towards autonomous cars is making driving safer. Technology is able to react faster, and more effectively, than any human. Structural developments within the car have also made drivers (and even pedestrians) far safer than in any car from the 1990s, let alone the 1970s.

The cars that were on the road in the 1970s often were not focused on safety. In fact, many innovations that proved to be crucial safety developments were not standard in cars. As a result, one of the biggest safety developments has been the standardization and mandating of safety technology that existed prior to 1970. All of these are now standard in cars, but were invented in the 1950s. 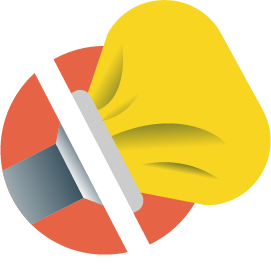 Airbags were invented in 1951 by Walter Linderer. Airbags are part of a vehicle restraint system, and are designed to inflate immediately upon a collision. They then deflate rapidly, preventing the driver or passenger from colliding with the steering wheel or other parts of the car. In effect, they mitigate the impact of sudden deceleration, preventing damage to the internal organs. They were not made mandatory in the United States until 1998. 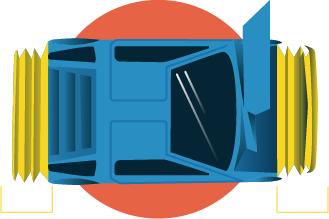 The crumple zone is a seemingly counter-intuitive innovation, involving deliberately designing the front of the car to crumple upon impact. Like an air bag, this is designed to cushion the impact of a sudden deceleration, by absorbing some of the impacts of a front-on collision.

One of the most dangerous aspects of car crashes in the pre-crumple zone era was the relative rigidity of the cars, which resulted in large forces being transferred through the driver, particularly when it came to deceleration, causing major internal damage. Crumple Zones were first developed by Mercedes Benz in 1952, and are now standard on all cars in the United States. 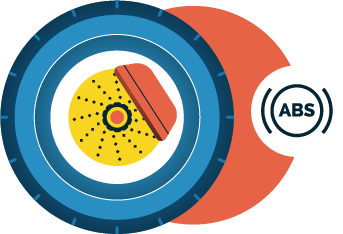 Anti-lock braking was first developed by the Royal Enfield company for use in motorcycles n 1958. It wasn’t until the 1970s that they were first installed in cars, in the Chrysler Imperial.

The principle behind ABS braking is that the combination of hard braking and steering would often cause the wheels to lock, diminishing control over the vehicle. Instead, ABS ‘pumps’ the brakes using a cadence impossible for humans to replicate to slow the car while also maintaining control. 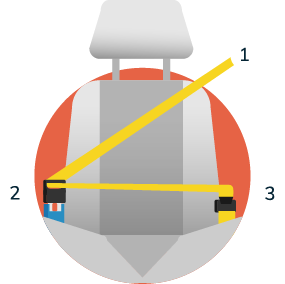 Three-Point seat belts – as distinct from the lap belts common in earlier cars – were invented by Volvo in 1959. The Y-shaped setup of a three-point belt disperses the energy during a collision throughout the chest, pelvis, and shoulders.

Famously, Volvo opened the patent for the three-point belt so that other car manufacturers could replicate their design for free. These designs are now ubiquitous in cars throughout the world.

Despite the fact that most of the innovations since 1970 have come from technology and software, one of the most important factors has been the improvement in steel technology. According to Honda R&D, the steel used in cars in 2018 is three times stronger than that of 2000.

Interestingly, the developments in steel have made cars both stronger, and lighter. Cars prior to 1970 were far heavier than they are today, although the relative stiffness of the material meant that crashes transferred almost all of the force into the passenger, and dispersed very little elsewhere.

Contemporary cars create a cocoon of ultra high strength steel immediately surrounding the passenger and then have deliberately less strong steel elsewhere to help minimize the impact of a crash. As the diagram below shows (taken from a 2015 Volvo XC90), there are five different grades of steel used throughout, all with deliberately different goals in mind. 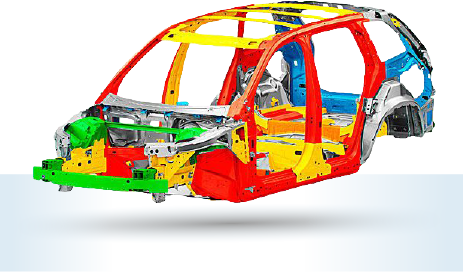 When this is combined with technology like roll cages, it is easy to see why improvements in the hardware of cars have done much to diminish the danger of both vehicle-vehicle collisions, and road-departure collisions. Indeed, Volvo has a publicly stated goal of experiencing a year without a fatality in a Volvo car in the next ten years.

Volvo has consistently led the way when it comes to safety innovations, and while they may not meet their zero deaths goal, they are making strong advances when it comes to diminishing fatalities.

Making vehicles smarter has been critical in helping them to become safer. More technology and better software have made the car more able to respond to its surroundings. Increasingly, car companies have addressed the most common causes of accidents, and have sought technological solutions.

These include drivers being unable to control the vehicle optimally when tired and the presence of blind spots on the outside of a vehicle. Although vehicles have not yet developed the technology to supplant humans, they are able to greatly assist them, and even take safety decisions without them in some cases. 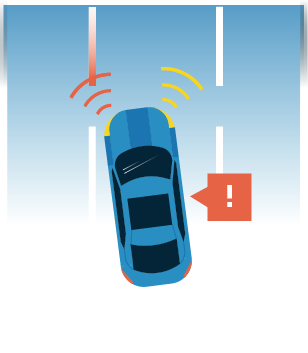 A lane departure warning system is somewhat self-explanatory. Designed to help drivers who veer out of their lanes, the system is based on the use of sensors on the sides of vehicles that can monitor the lines on the road. These can give an alert (usually audible) in the car when the driver gets too close, or even crosses the line.

This is particularly useful for when drivers begin to get drowsy, as poor lane discipline is one of the earliest signs that a driver is starting to lose concentration. 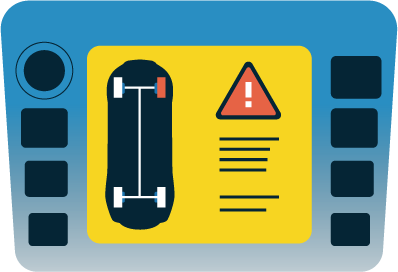 Computerized monitoring of tire pressure gives the driver an alert if one of the tires is below the recommended safety level. This prevents a driver from having to do a visual check in advance of starting a drive. 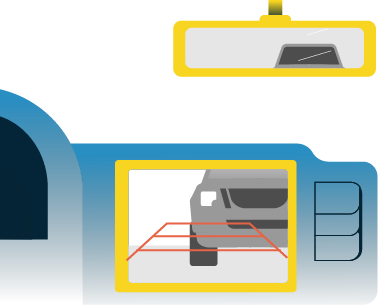 Backup cameras are designed primarily to help drivers when they are parking, allowing them to see from a camera placed on the rear bumper of the car. This is designed to complement the rearview mirror, and to provide additional safety by improving all-around visibility.

This has a safety impact in that it removes the rear blindspot and allows the driver to avoid low-speed collisions with lamp posts.

minimizing the impact of humans

Many of the innovations of the past twenty years have been attempts to develop software solutions to override or complement what humans do while driving.

Traction control intervenes when a driver is using an inappropriate amount of acceleration for the road conditions. When there is an uneven grip on the road, or if the driver is attempting to place too much torque, traction control will take over and do one of the following:

This will all help the car to maintain traction and stay on the road. In addition, when this is combined with ABS technology, it means that cars are now far less susceptible to loss of traction when compared with their 1970s counterparts.

Upon encountering an emergency, most drivers simply do not apply the requisite amount of force to the brake pedal to stop the car in time. Emergency Brake Assist technology is designed to recognize when a driver is attempting an emergency stop and to take over, applying the optimal amount of force (this then connects with the ABS so you don’t lose control of the vehicle). This reduces stopping time and distance without jeopardizing lane safety.

Emergency Brake Assist as developed by Volvo in 2009 is even more advanced, and has been claimed to making it impossible for cars to have a rear-end collision when traveling below 60km/h. Sensors in the vehicle monitor the cars in front and react when the distance to the car in front starts rapidly diminishing. This does not require the driver to even press the brake.

A blind spot monitor is a sensor on a car that is designed to inform the driver of another vehicle that is present in the blind spot that the mirrors don’t cover (see diagram below). 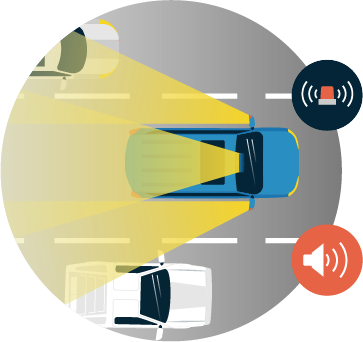 Most often, drivers enter one another’s blind spots when they are traveling on the freeway at different speeds. A blind spot monitor will be engaged when the driver signals that they are changing lanes. If a car is in the blind spot, a noise will usually sound to alert the driver.

Some more advanced systems also flash a light automatically when a car is in the blind spot. Most often, these lights are placed on the outside of the wing mirrors, making them visible to other drivers. Knowing when you are in another driver’s blind spot is an additional safety feature. 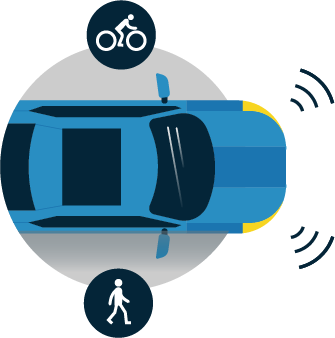 Most innovations in cars focus on the drivers or passengers of a car, or even those in other cars. However, recent innovations have attempted to make pedestrians and cyclists safer on the road.

Placing radar sensors in the front and side of cars, and then plotting the speed and direction of other road users is allowing cars to build a picture of cyclists on the roadside, or even pedestrians on the pavement.

This is designed to give drivers an early warning of potential collisions. In some more advanced models, it may even be possible for the car to brake automatically upon seeing a pedestrian enter the road in front of the vehicle. 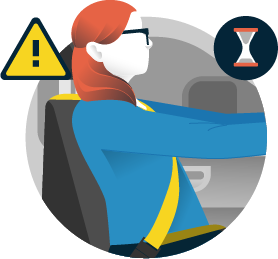 Ultimately, therefore, the development of modern car safety has attempted to address the most dangerous aspect of the car – the human behind the wheel. Humans react more slowly, and in a less rational way, than any computer can.

By taking this control away from the human, it is possible to prevent crashes from happening in the first place. Although there is a great number of innovations happening that make crashing safer, by far the best long-term strategy is to prevent crashes.

Autonomous vehicles will be far more adept at not crashing than humans ever were. In fact, such will be the changes brought about by the advent of autonomous vehicles, it is likely that all of the safety innovations of the previous 50 years will be dwarfed by those of the next 50.

Like the period since the eradication of certain infectious or waterborne diseases, it is likely that our grandchildren will be unable to understand the dangers of driving in the early 21st century.