history of the wheel

The wheel is one of the archetypal human inventions. It is so ubiquitous that the concept of ‘reinventing the wheel’ has entered the English language as an unnecessary and time-consuming task. Put simply, the wheel is perfect. From its use in cars to toys like Hot Wheels to computers, even to the space program, the wheel runs the gamut from the simplest technology to the most advanced.

However, humans didn’t always have the wheel. From its invention in around 3500 B.C., the wheel spread quickly throughout Eurasia, although in parts of the world cut off from the Eurasian landmass (such as the Americas and Australia) there was no wheel until the coming of the Europeans.

When we talk about the invention of the wheel, we really mean the wheel and the axle, as the wheel alone has very limited functions. With the introduction of an axle (and perhaps a second wheel), it is possible to create a relatively frictionless way to move, making moving loads far easier. 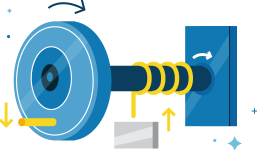 The combination of wheel and axle has fundamentally changed human society, allowing for transport between towns and cities that would not have been possible otherwise. The great historic (and prehistoric) projects of the Pyramids at Giza and Stonehenge were likely built with the help of the wheel, thus showing how fundamental an invention it was to the ancient world.

Most human inventions are based in some way on observing the natural world. One of the examples includes the Wright Brothers (themselves experts in the development of the wheel), who observed birds in flight to help them develop their prototype airplane at Kitty Hawk.

However, for the (unknown) inventor of the wheel, there was little natural inspiration. While spheres exist in nature (from celestial bodies to rocks and stones) there are no wheel and axle systems in the natural world. This means that the people who developed the wheel worked without a template. 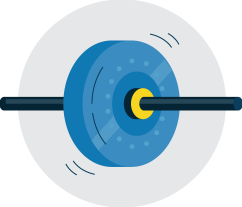 Indeed, such is the genius of the wheel’s invention, that it often seems like a simple piece of technology.

Although, to develop a wheel capable of turning around an axle requires a subtle knowledge of physics and the concepts of momentum, friction, and balance. Hence the fact that, while the wheel is – arguably – the most useful invention of all time (perhaps challenged by fire), it was not invented until relatively late in human history.

It is most likely that it was invented in one place and then spread throughout the world, rather than developed by multiple peoples simultaneously; this again shows that it wasn’t a simple invention.

When was the wheel invented?

There is a great debate within the scholarly community as to the origin of the wheel. Because of the fact that its origins are so distant and as a result, the evidence is relatively sparse. All they are left with is extrapolation and circumstantial evidence. That said, it is still possible to make some educated guesses about where the wheel was first invented. 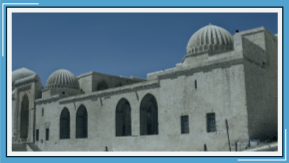 Initially, historians thought that the earliest wheels came from Mesopotamia (modern day Iraq) and then spread West and East until it became ubiquitous throughout Eurasia. 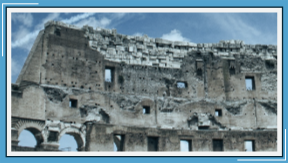 More recent discoveries, however, have challenged this thesis and suggest that the wheel may be a European invention.

One of the key pieces of evidence to change the mind of historians is the fact that much of the vocabulary relating to wheels and wheeled objects is shared between very disparate groups of people. 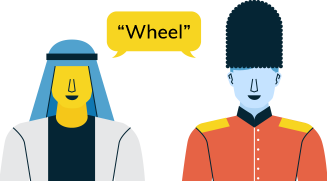 The word for wheel or ‘vehicle’ is similar across languages in the Middle East, the Caucasus, and even as far as Western Europe. The word ‘wheel’ in English is directly related to the Proto-Indo-European word for a wheel. This suggests that the wheel was invented by Proto-Indo-European people. 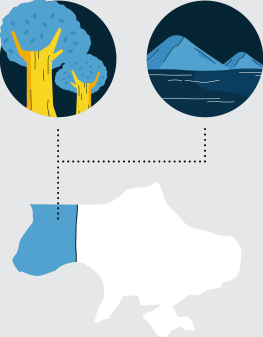 The second piece of evidence is the fact that the earliest archaeological evidence of the usage of a wheel comes from the Tripolyte culture of Western Ukraine.

The geography of the region supports this as the origin of a wheel, with forests providing large trees for axles and wheels, and yet close to the plains where a wheel would be useful for long-distance travel.

The Tripolyte culture was one of the most advanced cultures of the Copper Age, meaning that they would have had the technical abilities to conceive of and develop, a wheel.

Regardless of the specifics of its invention, the wheel quickly spread throughout Eurasia, and became a critical piece of technology, albeit adapted in different ways by different cultures.

The wheel and transportation 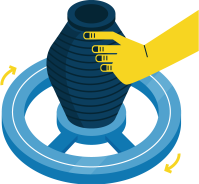 The first major uses of the wheel were in pottery wheels, allow for the pottery to rotate while the potter shaped it. However, the real utility of the wheel (and axle) is its ability to travel smoothly, making the moving of loads relatively easily. 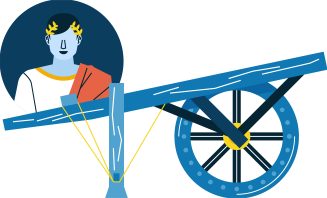 In terms of the first, it was the Greeks who invented the wheelbarrow at some point between the sixth and fourth centuries B.C.; this allowed them to move building equipment, stone, or even produce with relatively little effort. According to the Smithsonian, purchasing a wheelbarrow was expensive, although the labor saved would repay the cost within three or four days.

The key step when it came to transporting goods over large distances is the realization that you can harness large animals to a set of wheels and axles, and thereby save human labor totally.

One of the theories as to why there was no development of the wheel in the Americas is the fact that they had no beasts of burden or other domesticated animals, meaning that the people there had no means of pulling large carts or wagons.

One of the defining features of the Roman Empire at its peak was the network of well-built roads that crisscrossed the Empire.

This network was designed primarily to demonstrate Roman superiority in the region and to allow Roman troops to quickly deploy to potential trouble spots.

However, as an added benefit, it allowed for wheeled vehicles to predominate, particularly in areas where travel by sea was not a viable option (for example in the Arabian Peninsula or European inland).

Wheeled wagons took goods and people from city to city throughout the Empire, thus creating a major trade network that wasn’t possible by water alone. 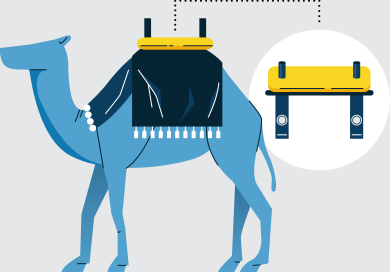 Indeed, such was the impact of the Roman road that, after the Roman Empire declined in North Africa, wheeled vehicles began to drop out of favor. The invention of the camel saddle at some point between 500-100 B.C. meant that camels were preferred as a means of transport.

After the fall of the Roman Empire, wheeled vehicles, in general, began to decline as a means of transport throughout the ‘known world.’ In the period between the fall of Rome and the Renaissance (roughly 1,000 years), the primary uses of wheels in Western Europe and the Middle East were for things like mills, moving water into irrigation channels, and as potters wheels.

During this period, the wheel was no longer synonymous with long-distance travel, and the period known as the Dark Ages – however controversial the term may be to modern historians – certainly saw a decline in the connectivity of trade across what was once the Roman Empire.

The wheel and the engine

The wheel went from supporting a one horsepower engine in the medieval period to a much more powerful engine in the Age of Enlightenment, with the development of the steam engine by James Watt.

It was not long before the combination of a powerful engine and the ease of movement of a wheel united to form the rail engine. 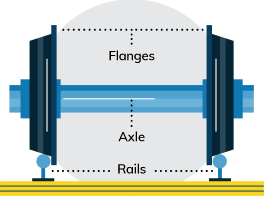 These wheels came equipped with a flange to help them stay on the track, although the fundamental wheel-and-axle concept remained unchanged from the earliest days of horse-drawn carts.

One key innovation was that the axle was fixed to the wheel on railroad cars, rather than allowed to turn in the hole. This meant that the wheels move in unison, thus helping to keep the train on the track. 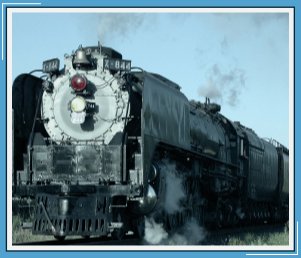 The railway era spread throughout the Western world in the mid-nineteenth century, emanating from the United Kingdom, and gradually spreading throughout the rest of the world.

With its development, the wheel spread too, and the flanged, fixed-axle technology soon became standard. By the latter part of the 19th century, however, inventors were making more progress with a smaller engine with a greater power-to-weight ratio. This engine was driven not by steam but by the internal combustion of oil-based fuels. This invention was crucial in the development of the car. 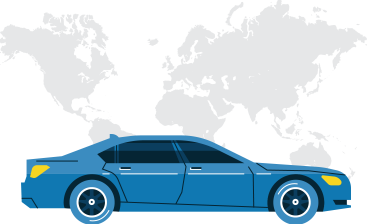 Although the car was relatively slow to take off (they were not designed for the mass market until the beginning of the twentieth century), once they did, the car has become globally ubiquitous with an estimated one billion cars currently in use throughout the world.

This means that there are roughly four billion wheels in use globally in cars alone (not including trucks or other vehicles). The wheel truly has taken over the world. 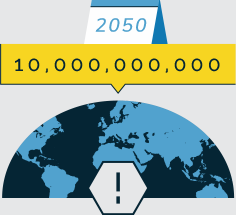 Many large corporations have been investing large sums of money in future wheel research and design.

One of the big challenges for the modern wheel (and transport in general) is the growth in global population, which is set to hit 10 billion people by 2050. As a result, more people will be traveling, and yet there will be less space to do so, particularly in urban environments.

Further innovation comes in the concept of a wheel that can move in 360 degrees. Presently, wheels have a more limited range of motion, meaning that maneuvering a vehicle can be tricky. 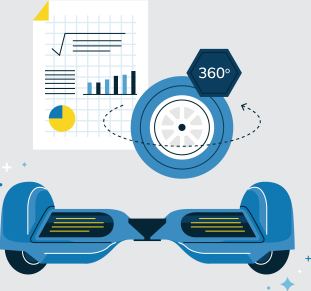 Companies are now actively testing technology that allows for lateral movement of wheels without the wheels themselves needing to change direction. It is expected that this will integrate with driverless cars to allow for more efficient route selection, particularly in busy urban environments.

Furthermore, the wheel may actually return to its simpler roots, as the development of a personalized wheel technology allows for individuals to have a vehicle that is little more than a wheel and a platform (like the ‘hoverboards’ that are now commercially available).

Ultimately, the wheel as an invention continuously gives mankind the ability to innovate. Unlike fire, which was likely a product of accident rather than design (at least at first), the wheel is the first invention that truly put humanity on a path to create a global civilization.

The ability to move heavy loads between different areas created the ability to trade, which in turn brought greater justification for acts of aggression like war and conquest, as well as acts of peace like diplomacy and cross-cultural understanding.

Because the wheel is such a fundamental invention, it is impossible to conceive of a world without it. However, it is likely that humanity would be a very localized species, with people moving little between different villages and families.

Certainly, there would be no modern, globalized world, driven by international air travel, satellites facilitating communication, and the Internet providing instantaneous connectivity.

This is the fundamental characteristic of humans that has driven us forward. The same features of the human mind that led to the invention of the wheel also drove us to the moon and the bottom of the ocean.

What were the uses of wheel other than transportation?

-Wire-spoked Wheels – a type of wheel used for bicycles

-Spinning Wheel – this is a device used to spin yarn/thread

-Pleasure Wheels – also known as a Ferris wheel, which is found at amusement parks