Mass-produced, commercial cars have been around for roughly a century, and during that time, there has been
a great deal of homogenization. Innovations pass from manufacturer to manufacturer, and technological advancements spread throughout the industry until cars have only small differences between them. Car production, therefore, works like evolution, with a selection towards efficiency and safety. With innovation comes eccentricity. 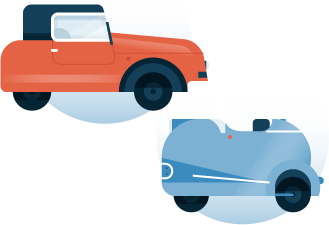 In the past century, a number of cars have attempted to innovate in ways that quickly became obsolete. The cars that went up an evolutionary dead-end are often examples of bad predictions of the future of driving or simply an underestimation of what the public would endure in the name of efficiency.

This guide examines the craziest car designs of the last 100 years, from the sublime to the ridiculous.

Firstly, we’re only considering models that were available for the general public to buy. Concept cars, while often ridiculous, are outlandish by design, so they don’t count. They may be more than an idea in the future but they’re just automotive designs for now.

Secondly, we’ve also discounted cars that are ‘crazy’ in a positive or truly groundbreaking way. The development of electric cars may have seemed crazy when it was first mooted, but has quickly become the norm. This guide is all about the evolutionary gambles manufacturers took that failed! The projects that they took on that are considered blunders in the automotive industry today! 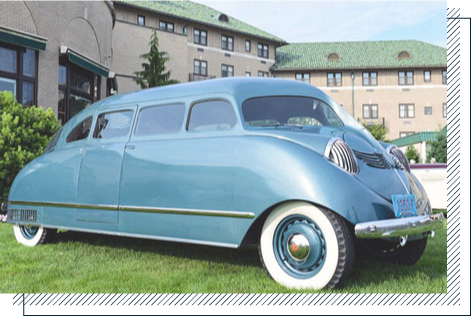 High on most people’s list of crazy cars is the Stout Scarab. Designed by William Bushnell Stout, the car takes a number of innovations from the aviation industry and lays a major claim to being the first car influenced by the science of aerodynamics.

William Stout was influenced in his design by Buckminster Fuller, and the long, curved lines reflect the desire to streamline the car where possible. At the time, it truly looked like a car of the future even though it didn’t go on to define a generation as Stout had hoped. He had already had a career founding the first regularly scheduled airline in the United States, which was
the first airline in the world to have stewardesses, and offer meal service. Accordingly, the design team based this vehicle on such luxury principles. It can seat as many as six people.

The engine was located in the rear of the car; the hood and front-end were relatively empty. This means that the ‘passenger cabin’ could be stretched out between the wheels. The middle seats could be folded down to make a table or even to create a bed.

The driver sat immediately behind the front wheel, making it the first car in the world to have this arrangement – one that is now standard in car design.

Unlike the Stout Scarab, which was designed for luxury and space, the Oeuf Electrique (which is the French for ‘electric egg) was manufactured to reduce weight, space, and materials. The car was designed by Paul Arzens, who was a citizen of Nazi-occupied Paris. During the occupation, materials were extremely scarce, but Arzens was able to acquire the aluminum and plexiglass required to create his vehicle. The chassis of the Oeuf weighed only 130 lbs and the whole car weighed around 750 lbs when the motor and a battery are included. What is truly remarkable is that the Oeuf was powered by electricity, decades before this would become standard. This was a major step forward for the auto industry at the time. As you can see in our FAQ section of our 10 Most Popular Electric Vehicles article, this style of vehicle is making a comeback.

After the war, Arzens went on to work for the French railway company, where he set records for the fastest electric trains in the world.

Unlike the Oeuf, which was built to be light and maneuverable, the Norman Timbs special was designed to be fast. Indeed, during the immediate post-war periods, there was a split between European and American designers. Where the former tended to favor small cars, built for driving in the city, the American designers built their cars for the new freeways in the United States.

The Norman Timbs Special fits within this pattern. Norman Timbs was an engineer, who later designed cars for the Indianapolis 500. The car is built for aerodynamics, with sleek waves embedded onto the side of the vehicle.

The exterior is built from aluminum as befits its space-age looks. The covering of the back wheels
was also an attempt to reduce drag. Furthermore, it contained a contemporary Buck Straight engine, which meant that it had a top speed of 120 miles per hour.

However, the Timbs Special didn’t account for the growing consumer wave of cars for families, rather than for luxury, and the design never made it into the mainstream. Much like the Oeuf Electrique, the BMW Isetta was designed for city driving, particularly in the post-war European market. Like the P50, the Isetta had three wheels and was designed for one person driving, plus one bag of shopping.

The door was mounted on the front of the vehicle, which made getting in and out a tricky maneuver. Despite the inherent impracticality of this car, it played a remarkable role in the history of BMW. Although the car was not originally designed by BMW, but by Italian designers at the firm Iso, BMW held the license to build the car in Germany. After some redesigns addressed some of the more striking flaws with the vehicle (such as a distinct lack of power) sales were strong enough in the 1950s to actually keep BMW in business despite major financial problems.

In fact, were it not for this car, it is likely that BMW would have gone out of business in the 1950s. Given the scale of their mass production now, it’s hard to believe that BMW almost never made it to their current form.

When one hears the name Messerschmitt, one does not typically think of car design. However, in the immediate post-World War II period, Messerschmitt was forbidden from manufacturing aircraft, and so turned their expertise to designing cars. 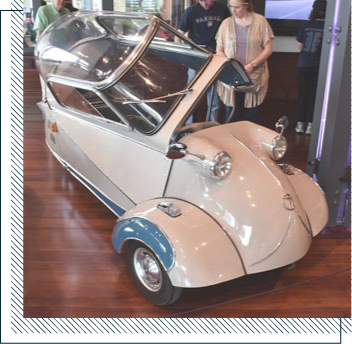 The KR200 is short for Kabinenroller, which means Scooter with cabin; the designer, Fend Flitzer, had previously experienced success selling a car designed for handicapped drivers. When most of these were bought up by able-bodied drivers, Flitzer felt that there was a market for a small, personal car. The car had a top speed of 56 mph, driven mostly by low weight rather than a powerful engine. In 1955, the KR200 broke a series of world records for three-wheeled cars, including the 24-hour record. A specially-designed KR200 with low drag and a souped-up engine was able to achieve an average speed of 64 mph over the course of 24 hours. Despite the car’s initial success, the lifting of the ban on Messerschmitt’s aircraft production meant that they lost interest in producing cars, and the design was sold to another company. Variations on the KR were produced until the early 1960s – essentially until the German economy had grown enough that cost was no longer the primary factor in car purchases, and more luxury vehicles began to dominate the German market. Amphicar Model was the height of the space race, and car designers were increasingly challenging the paradigms of what a car could and should do. It was only natural, therefore, for someone to develop an amphibious vehicle, especially because of the success of amphibious vehicles during the world war less than two decades previously. The Amphicar was a product of the Quandt manufacturing group in West Germany. On land, the Amphicar had a top speed of 70 mph, well below other land-only cars being manufactured at the time, and 7 knots in the water. It also came with a coast guard-mandated flag and lights.

Making the car water-worthy was as simple as flipping a level, although once the car exited the water, it required greasing in order to avoid water damaging the mechanics.

This lack of practicality, combined with a lack of demand for amphibious vehicles, meant that only 3,300 Amphicars were ever made, although many of them remain in existence today in the hands of collectors. British tax law holds a special category for cars that have three wheels, meaning that their owners weren’t liable to pay the annual road tax. As a result, a number of British manufacturers produced micro-vehicles, designed for urban driving over small distances. The most extreme example of this is a car that looks only partially complete. 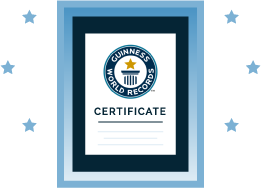 The Peel P50 held the world record for the smallest car for over 50 years from its launch in 1962. The car only has space for one person; it is only 41 inches wide and 54 inches long. This made it smaller in volume and width than a standard London red telephone booth. The car had no reverse gear – instead, it offered drivers the option of physically maneuvering the car with a handle situated at the back of the car. Such was the size of the P50 that when they were exported to Finland, they were classified as a moped. Unlike the P50, which effectively sacrificed looks for (perceived) practicality, the Lancia Stratos did the reverse. The Lancia Stratos was very much built to represent the company’s future-looking design.

The Lancia was designed in part by the notable Italian designer Marcello Gandini, who was responsible for the large windshield/sunroof.

The car is best known now for its low ground clearance, which prevented it from being able to drive over speed bumps without hitting the front bumper and damaging the underside of the car. The car contained a 1.6L engine from a Lancia Fulvia and was first displayed at the Turin Motor Show in 1970. Such was the car’s impracticality (drivers and passengers had to enter through the windshield, the design went no further) – however beautiful the car, its inability to drive on city streets precluded it from being a viable option for most drivers. The development of electric technology means that the car can ride for 56 miles between charges, and has a top speed of around 60 miles per hour. While not necessarily the best car for anything other than urban driving, the diminutive size means finding parking is unlikely to be an issue. What this list shows is that good design is about more than the aesthetics of the exterior design, it’s about the function and practicality of the models as well. For most of these cars, the specific function that they were designed to do was either too niche or was soon superseded by another piece of technology.

In other cases, the car simply wasn’t effective at completing its task. However, these cars broadly can be divided into two groups.

The first of these are (usually) American cars, designed for luxury, speed, and generally to be enjoyed. These are more likely to be ‘crazy’ by virtue of their luxury. Luxury, by definition, is impractical; the Stout Scarab was a saloon on wheels, so it’s unsurprising that it didn’t stand the test of time. The sleek looks of the Timbs Special simply were unsustainable as more and more Americans began to demand cars they could fit their families in. The European cars have consistently striven for a smaller and smaller size.

Often taking these to extreme examples, the design hasn’t gone away, and, in combination with electric engines, actually seem to be the car of the future. These outlandish cars are a juxtaposition of luxury and practicality, demonstrating that if cars sacrifice one for the other, they end up on the scrap heap – often literally.